Over the last few months I've been writing about the most beautiful puzzles out there, made by talented craftsmen - like Jean Claude Constantin or Vinco - and respectful companies, like Hanayama or Meffert's. There are so many more to talk about, but in order to keep writing about varied topics I must change the subject to other interesting themes.

So, this time I want to focus this article on Trick Locks, a much beloved type of puzzles with very dedicated aficionados, some of them committed only to collect these puzzles and nothing more. Now, I'm no big authority on the subject of Trick Locks, but I'm a curious and informed enthusiast with many impressive designs in my collection, and I hope I can get you interested in the subject if you're not already a fan or a connoisseur.

The specific origin of Trick Locks (also called Puzzle Locks) is not exactly known, but they date back several centuries. The first ones may have been manufactured in China and Japan, which has a long history of producing furniture and other objects with secret compartments and other locking devices. India has also been a major producer of Trick Locks for a long time now and, in the process, it's also a country brimming with talented designers and avid collectors.

One of the most well-known Trick Lock collectors is Dr. Hiren Shah, a native from Ahmedabad, India, who turned his house into a museum (a Houseum) with a few thousand Trick Locks from around the world, spanning centuries of cultures and other influences. It's one of the most impressive Trick Lock collections in the world. To know more about Dr. Hiren Shah, a simple Google search will yield several interesting articles.

Trick Locks were invented more as a mean to lock other people's possessions, and not as much as a traditional puzzle. With Trick Locks it's much more difficulty to tamper with their mechanism, since many of these locks don't even need a key to be opened. To discover their solution one must find hidden clues around the lock, like a sliding part that reveals a hidden keyhole, or a well-disguised button you need to push, a hidden mechanism you need to uncover...Anything out of the ordinary could just be a red herring or yet another clue to unlock the puzzle.

Other mechanisms simply work by using the force of gravity, as you need to tilt the puzzle in different directions to unlock certain elements. Everything about Trick Locks is made so the solution is always a mystery to the casual observer, as if it were impossible to open them without resorting to brute force.

Today, Trick Locks have a very dedicated following, and since their traditional use is no longer needed, or less used, curious people find them fascinating and become eager to unravel their secret, but only the most cunning and observant will succeed. Trick Locks are a type of puzzle that intrigues people, and even the non-enthusiastic about puzzles will find these objects quite interesting and will try their luck by attempting to open them.

There are so many types of designs for Trick Locks that a single article would not be enough to describe all of them. Instead I will only scratch the surface by pointing out a few of the most interesting and important mechanisms, and at the end providing you with enough information to help you make your own research.

One of main issues about many Trick Locks, if we include the most sought and the higher quality ones is their high price tag. Many of these puzzles can easily reach hundreds of dollars, due to their high quality materials and the fact that many of them are hand-made, one at a time. These are the ones serious collectors go after - The most prestigious designs. If money is no object to you, I highly recommend taking a look at a few ones.

In the high-end spectrum of Trick Locks, one of the most respected designers is Rainer Popp, from Germany. His Popplock series is extremely popular among enthusiasts and collectors all over the world and, of course, the price matches the expected high quality of his creations, as each one is painstakingly turned and milled by the designer himself. 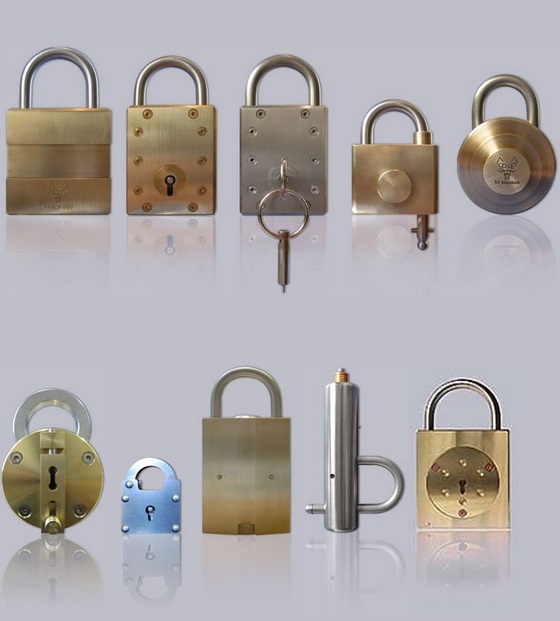 You should also consider a couple of Trick Locks from a not so well-known Dutch designer, Splinter Spierenburgh, but just as talented as any other. 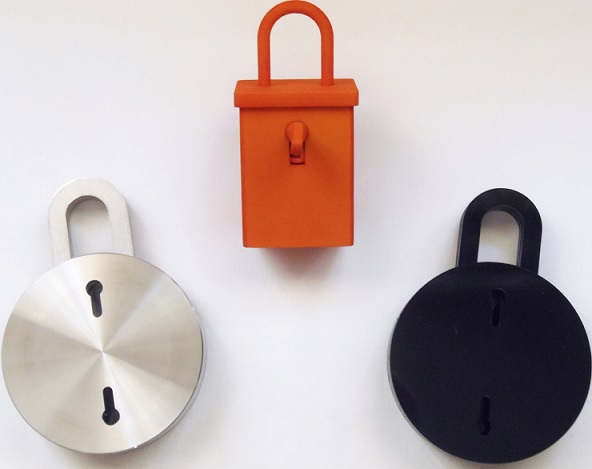 If you prefer a more affordable option, there's always some good choices from a different number of manufacturers. Over the years I tried many of these and, despite some disappointments, I have encountered some nice designs that I can easily recommend to any fan, like the Houdini Lock Series, a good introduction to Trick Locks. I have recently tried the IQ Locker Series, which is a collection of Trick Locks made from wood, also quite affordable. 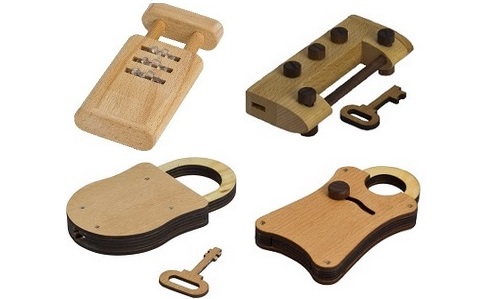 In the mid-range of Trick Locks you can find a whole different selection, and with completely unique mechanism that require dozens of moves to be opened. I'm talking about the n-ary puzzles, and in the Trick Lock (or Puzzle Lock) category there are some really impressive designs by Jean Claude Constantin. The trick to open them is also a bit different, as it has more to do with finding the correct sequence of moves rather than finding out how the hidden mechanism works. One of such puzzles is the Generation Lock with a whopping 340 million + moves. If you find that a bit excessive, you can settle for a more modest choice, the Schloss 250+ (with...you guessed it...250+ moves). 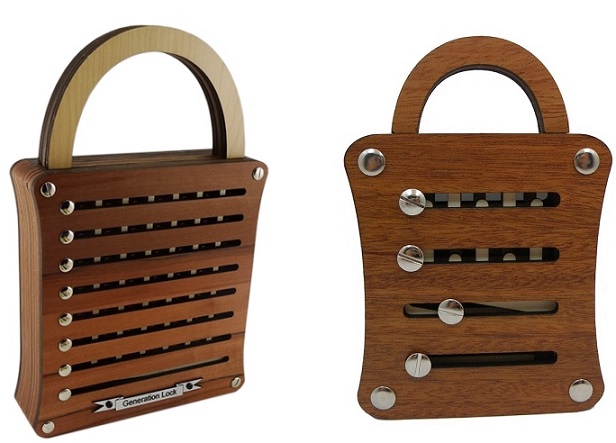 Another type of Trick Locks and probably the most appreciated and sought after by collectors are the antique and vintage locks. These locks have the most unique and fascinating mechanisms, and were often decorated with whimsical designs. Many of these locks were clearly designed to impress rather than being practical or to keep your secrets locked, even though their mechanisms were usually quite tricky to figure out. In the end, their purpose was spot-on, because there are many enthusiasts around the world who appreciate the qualities and nature of these fascinating objects. 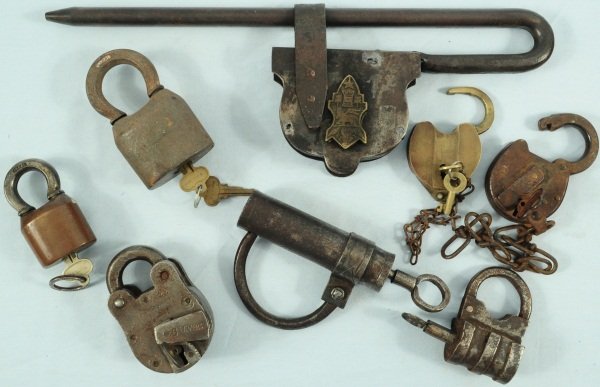 Trick Locks have been around for several centuries, and judging by how much they're appreciated by collectors and aficionados alike, I bet they'll be around for many more centuries to come. This is a type of puzzle that can capture the attention of any curious-minded person and can be a great way to entertain a group of friends and family. Find all the Puzzle and Trick lock puzzles, that available at Brilliant Puzzles. 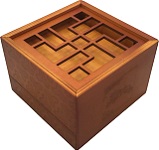 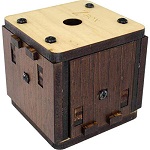 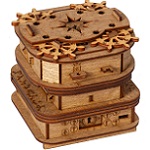 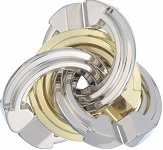 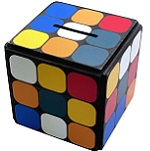 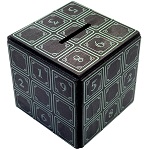 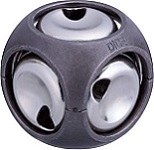 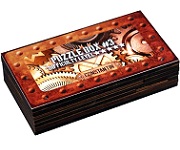