This was the question I raised on my previous article, but since there's no right or wrong answer, and each reader will have his/her own opinion on the subject, I will continue my effort to show you some of the best puzzle makers out there capable of designing truly stunning puzzles. My choice this time goes to an absolutely amazing type of puzzles, the Japanese Puzzle Boxes.

Japan is widely known for sushi, manga, robots, karaoke, sumo, samurais, bonsai...I could be here all day naming all kinds of things that make Japan so awesome. And yet, to most puzzle enthusiasts and collectors all over the world, the Japanese Puzzle Box stands as one of the most fascinating and intriguing objects ever created in the Land of the Rising Sun.

Now, if we get technical about it, these boxes are not produced by just one company or craftsman, but by many different, qualified and talented people instead, which would make answering the question above a futile attempt. Nevertheless, this is a unique type of puzzles that absolutely deserves to be in the category of most beautiful puzzles, so please bear with me...

In Japan, these boxes are simply known as Himitsu-Bako (秘密-箱)...or in plain English "Secret Box". They originated in the Hakone-Cho region, Kanagawa prefecture, Japan, in the Edo period (late 19th century), and started out as souvenirs from the region. Their international recognition and appreciation, however, started only a few decades later, when the first boxes were brought to the west, firstly in US, in the 1920's. Since then, enthusiasts and collectors alike from all over the world have been fascinated and attracted by these magnificent boxes, contributing to their ever-growing popularity. They've become a symbol of Japanese perfection and attention to detail.

To better understand the appearance and nature of a Japanese Puzzle Box, you must first learn about the tradition and technique of gift-wrapping called Tsutsumi (包み), which has been present in the Japanese culture since the Muromachi period (1336-1537). Usually, in the west, wrapping paper is discarded and not handled with care. However, in Japan, people take this tradition into high regard and cherish it as something with a deeper meaning. This art form uses a special type of paper or other traditional materials, and its presentation is as important as the gift itself, if not more. It involves folding the paper at different angles employing an assortment of styles reminiscent to origami, which makes no use of scissors or glue. So what's the relation between Tsutsumi and Japanese Puzzle Boxes? Well, it's all in the presentation. You see, a Japanese Puzzle Box looks just like a very well gift-wrapped box using the ancient tradition of Tsutsumi.

The two most common characteristics of Japanese Puzzle Boxes are their inlaid work (the geometric patterns you see on their surface) and their unique sliding mechanism:

There are more characteristics that define an original Japanese Puzzle Box, though, but only a select few possess them. You can find, for example, some boxes with detailed and picturesque images, mostly with charming natural landscapes or fauna from Japan. Others, seen more rarely in limited editions, instead of displaying the unique inlaid work, present a beautiful engraved image on the top side of the box.

Japanese Puzzle Boxes come in many shapes and sizes, despite the traditional rectangular ones that are more widely available. Among the also relatively common cubic boxes, you can sometimes find other shapes, like pentagons, hexagons, triangles, stars, you name it... It seems there's no limit to the Japanese craftsmanship and creativity when it comes to designing these incredible boxes.

The puzzle boxes also vary a lot in size, and generally, but not exclusively, this is closely related to the number of steps required to open them...and their price is also very much related to the size. A box can range between 2 and up to 1500+ moves, frequently in a sequential order rather than random. Too many moves doesn't necessarily mean it's more difficult than a box with slightly fewer moves. It just means that the sequence for the solution is a bit longer.

In Japan, one of the most common units of measure is the sun, used for lengths, and its origins come from the Chinese cun, also a unit to measure lengths. 1 sun is approximately 3cm (1.19"). The smallest Japanese Puzzle Boxes are called mame (miniature) and measure between 1 and 1,5 sun. The largest ones, however, it's not exactly clear how large they can get, but the biggest one I've seen so far is 12 sun, or 36cm (14.17").

Whether you're an avid puzzler or merely a curious mind for everything that demands creative thinking, the love and appreciation for Japanese Puzzle Boxes remains common to all of us, the respect to all the Japanese craftsmen that have made an effort in these last couple of centuries to continue the tradition of such a beautiful craft.

JERRY SPILLERS
Do you sell designs for making these boxes? If not, can you provide a location where I might purchase blueprints for such a projects? Thank you in advance, Jerry
Reply 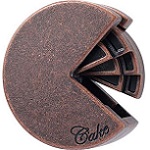 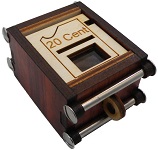 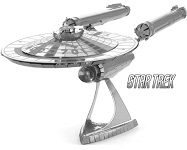 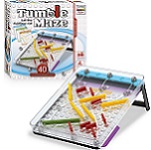 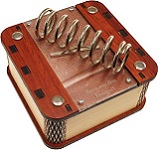 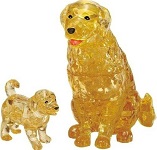 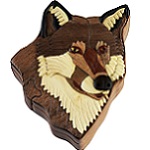